The McKenney Preserve on Tinker Island in Tremont provides scenic vistas along its expansive beach-lined shores. 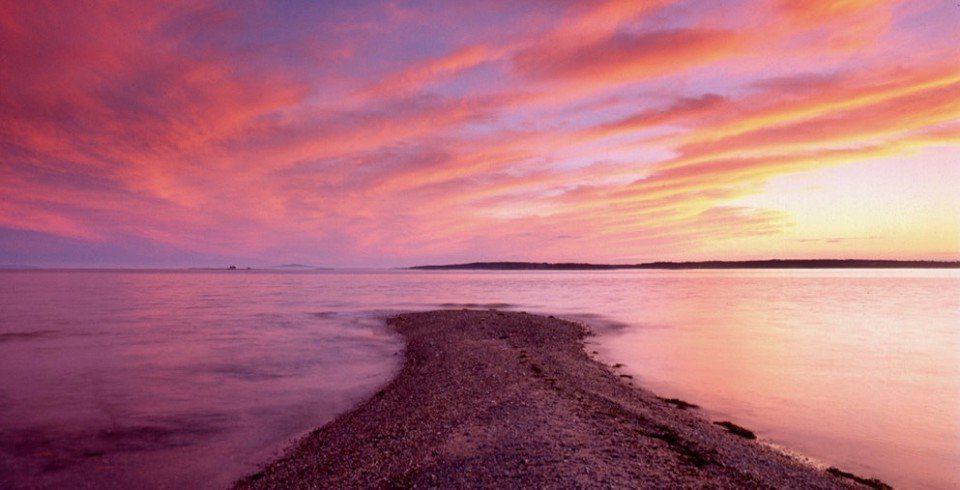 The McKenney Preserve is great for:

How to get there

Tinker Island is located in Blue Hill Bay in the town of Tremont. In Seal Cove on Mount Desert Island, there’s a public ramp with good parking, about 3+ miles east of the island. 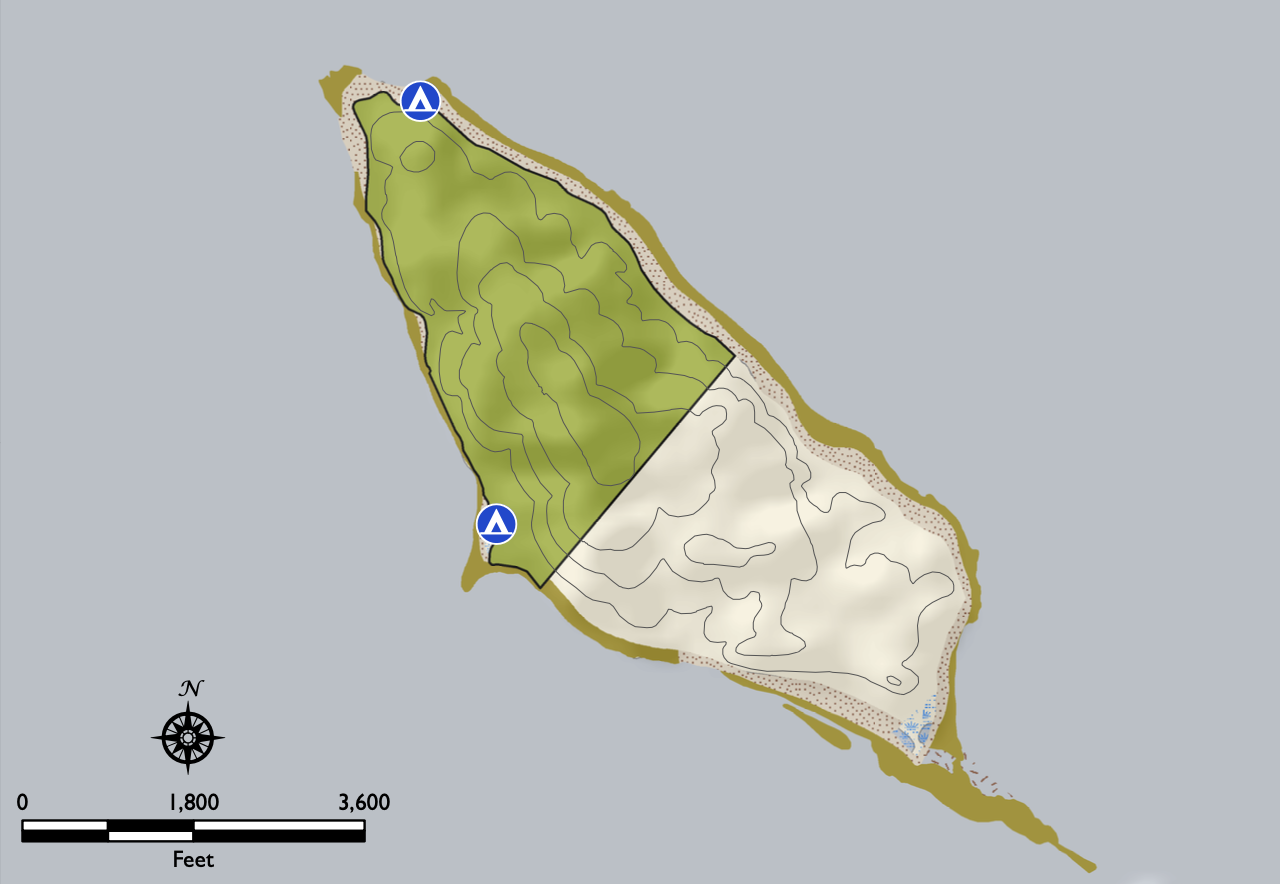 For a complete map with legend and guidelines, click on the Printable Preserve Map above.

Enjoy two campsites on the McKenney Preserve on Tinker Island—“Sand Point Campsite” and “North End Campsite.” Please note that there’s a large raccoon population on the island, and you’ll want to secure or hang food.

Tinker was originally named Robinson Island in honor of its first European settler Captain John Robinson. While serving as a sea pilot, Robinson guided many privateers safely past the British during the Revolutionary War. By 1850, 41 people in seven households lived on the island, but by 1910 the last resident departed. Remnants of Tinker Island’s past history remain: a wagon road, cellar holes, sills, wells, and stone walls are all visible today.

Notes on topography, flora, and fauna

MCHT’s 230-acre McKenney Preserve covers the northern half of Tinker Island (the 430-acre island includes a 200-acre conservation easement limiting development on the southern half – please respect the privacy of the owners). A prominent landmark in the middle of Blue Hill Bay, Tinker Island has five distinct plant communities that provide habitat for abundant wildlife including nesting osprey and bald eagles, porcupine, snowshoe hare, white-tailed deer, and red squirrel. Its northern ledges are important haul-outs for seal pups.

How this place became open to the public

MCHT acquired the preserve through a bargain sale in 2001 thanks to the generosity of the McKenney Family and with support from the Land for Maine’s Future Program.

This place belongs to all of us. Help us take care of it! 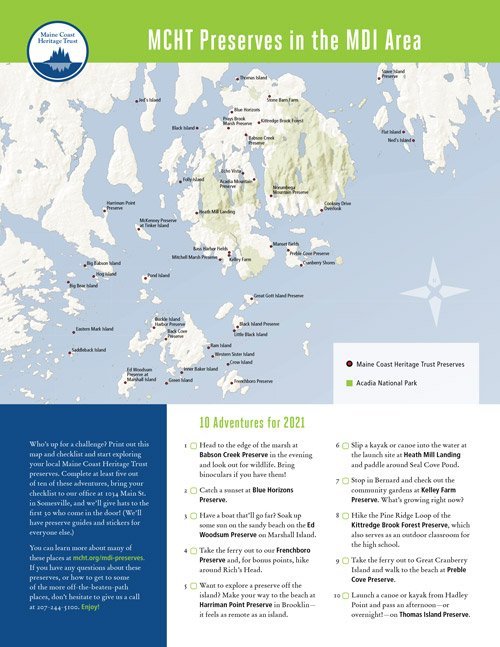 Get a digital map of our preserves in the Mount Desert Island area—featuring ten family-friendly adventures!

GET YOUR MAP
Scroll To Top